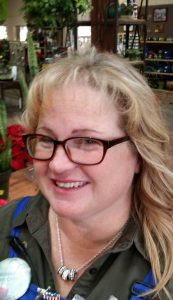 Bacillus thuringiensis is a naturally occurring soil bacterium disease that is fatal to the larva stage of certain insects. It occurs naturally in the gut of caterpillars of various types of moths and butterflies, as well on leaf surfaces, aquatic environments, animal feces, insect-rich environments, and flour mills and grain-storage facilities. Bt is totally organic. There are a number of strains of Bt, but the most commonly used are the kurstaki strain (Btk) and the israelensis strain (Bti). Each strain is specific to the insect larvae it controls.

The kurstaki strain controls the larva stage (caterpillars) of certain moths and butterflies such as tomato and tobacco hornworm, cabbage worms, loopers, leaf rollers, bagworms, gypsy moths, tent caterpillar, fall webworm, cutworms, and others. Ingestion of the bacterium paralyzes the digestive system of the insect, and it stops feeding within hours. Bt affected insects usually die within several days of ingesting the bacteria. Since Btk is most effective on young, heavily feeding larvae, insect populations must be monitored to insure that the targeted insect is in the proper stage for optimum control. Btk will not control the larva stage of sawflies. Btk may be applied up to the day of harvest on a variety of food crops. This biological/microbial insecticide is available as a dust or in a liquid concentrate form.

Bonide’s Thuricide is an example of this strain.

The israelensis strain is used to control mosquito and fungus gnat larvae by placing it into the standing water of mosquito breeding sites. Ingestion of the bacterium paralyzes the larvae and they stop feeding and die, sometimes within 24 hours. Fungus gnat larvae control with the israelensis strain is obtained by drenching the soil of the infected plants with the bacterium.

Bt can be incorporated as the living bacteria or as crystals from the bacteria.    Bt causes paralyzing of the digestive tract and forming of a pore. The insect stops eating and starves to death; live Bt bacteria may also colonize the insect which also can contribute to death.  It must be ingested to become active in the gut of the target organism.  It usually takes about three days for death to occur, although insects will stop eating on day one.

It degrades quickly with exposure to sunlight and/or moisture and should be re-applied after one week.

The USDA considers Bt safe to humans. The acid pH of a human body is too low for it to affect them. The basic high pH of a caterpillar’s gut activates Bt.