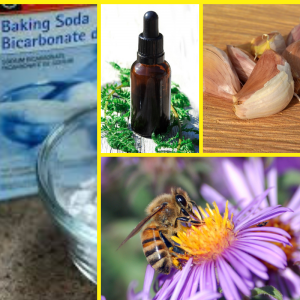 Because we’re gardeners and work around many flowers it’s bound to happen: a bee stings us.  Coincidentally, although it had been several years since any of us Lains had been stung, just last week Lisa took a hit during an encounter.

Sometimes it isn’t the gardener who gets stung but the gardener’s kid or grandchild, and it helps to know beforehand what you can slap onto the sting site to ease the pain. 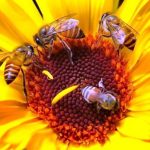 To be clear, it’s honeybees that sting with impressive dedication. Male honeybees are the guys who sacrifice themselves by making that one committed sting and then dying. Their ‘all in’ attitude is their destiny. Not so with wasps, hornets, and yellow jackets, as these guys are capable of stinging over and over again!

A warning shot – Bees communicate if you are willing to “read” them.  More times than not a bee will bump into you, and show aggressive action before stinging.  I simply give him his space and allow him to refocus his attention back to pollinating flowers.

What to do immediately – The first thing that needs to be done when treating a bee sting is to look for the stinger. If there’s one still attached, quickly scrape it out with your fingernail. If you take a good look at the stinger, you’ll see that the hind end of the bee is still attached.  It’s the hind end that contains the sac that contains that wicked venom. The longer you wait to remove the hind end, you can actually watch the sac pumping more venom into the skin . . . ouch! That even was hard to write!

Hot water reduces the pain.  Wash the sting area with soap and hot water before applying any natural remedy. This helps ward off bacteria that could cause an infection.

The pain and swelling remedy that works for one person may not do much for another, so I’ve compiled a short list of remedies that some gardener friends and I have found effective. The majority of these applications can be found in the garden or average household, but you may want to purchase a couple of them specifically to have handy during the growing season. 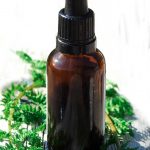 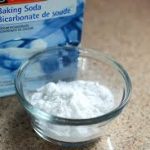 Basil – Crushed basil leaves are said to be extremely effective for pain caused by stings. 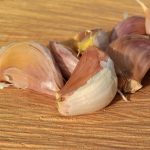 Garlic – This is quite popular with gardeners and touted as one of the best for the pain of a sting. Crush a garlic clove to release its juices and press it against the sting.

Peanut butter – Some gardeners swear by peanut butter on the sting site as highly effective.

Plantain (Plantago) –Plantain is a common weed that has medicinal properties that are good for soothing bee stings. It makes itself at home almost everywhere, but whether you can find it around your home or not will depend on how obsessed you are with your yard or garden.

To use plantain as a bee sting treatment, chew up some of the leaves to release their juices or firmly roll them between your thumb and fingers. Then press the juicy leaves against the sting.

Calendula flowers – Prepare the blooms by crushing enough to get a good juice content and apply to the sting site. 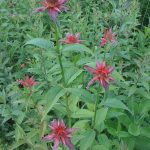 Bee Balm – Prepare the leaves the same way as plantain.

Onion – Cut an onion in half and press the cut side, the juicy part, on the sting.

Honey – How ironic is this?  It seems only fitting that if the bees have the sting they also have the cure. Simply pour some honey on the affected site.

Parsley – Crush parsley to really get the juices flowing and apply over the sting. 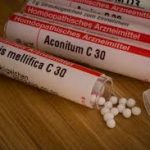 Apis Mellifica – Are you ready for more irony? Apis Mellifica is a homeopathic remedy that is made from whole bees! It works wonders on stings from all kinds of critters, including fire ants. There are different potencies and dosages so if you purchase some, carefully follow the directions on the label.

Most of these natural remedies call for crushing or mixing ingredients, so it might not be a bad idea to invest in a mortar and pestle. A mortar and 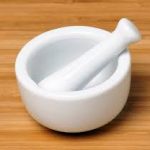 pestle is used for crushing.  It’s a small marble, stone, or wooden bowl with a little marble club-like thing that looks like it belonged to cave people.