One of the classifications you often see on a tomato plant or packet of tomato seed is ‘Determinate’ or ‘Indeterminate’. In a nutshell, these terms describe whether the actual plant grows like a bush (Determinate) or like a vine (Indeterminate).  It has nothing to do with fruit size or flavor.

Indeterminate varieties are the best sellers here at Watters Garden Center because they produce more fruit.  This is because the ‘Indeterminate’ plants are so much larger than their ‘Determinate’ cousins, and the larger the plant, the more pounds of fruit produced.

No matter the variety, all tomatoes are vines that would sprawl along the ground if their gardeners did not stake them.  If left to their natural tendencies, tomato vines would become damp, tangled masses on the soil’s surface, attracting all types of diseases and pests, including those that slither. 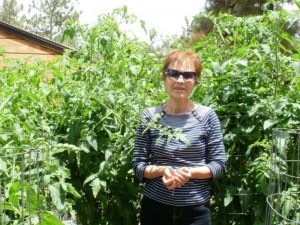 What is a Determinate Tomato?

Determinate tomatoes are varieties that grow to a fixed mature size and ripen all their fruit in a short period, usually about 2 weeks. Once this first flush of fruit has ripened, the plant will begin to diminish in vigor and will set little to no new fruit.

Determinate tomato plants are often referred to as “bush” tomatoes.  They do not continue growing throughout the growing season.

Despite their compact size, staking or caging is still recommended because once all the fruits begin to plump up the plants will be supporting a very heavy load. This can put considerable weight on the branches.

Many paste and Roma tomatoes, such as ‘San Marzano’ and ‘Amish Paste’, are determinate varieties.  Others have been bred to be determinate so that they can be harvested in quantity all at one time. These include: ‘Celebrity’, ‘Marglobe’, and ‘Rutgers’.

Growing determinate variety tomatoes makes good sense when you want a lot of tomatoes all at one time, as for canning tomato sauce.

What is an Indeterminate Tomato?

Indeterminate tomato varieties are vining plants that continue growing in length throughout the growing season, which is why they often are referred to as vining tomatoes. They continually set fruit through the entire growing season. As a result, rather than one large harvest, they produce a steady supply of tomatoes.

Indeterminate varieties tend to be later fruiters because so much of their Spring energy is dedicated to putting out their extensive vines.  A daily harvest of a few fruits is often the case once they do start setting fruit in mid-summer. These vines can easily grow head high and taller.

Many of the most popular tomatoes, ‘Beefsteak’, ‘Big Boy’, ‘Brandywine’, ‘Sungold’, and ‘Sweet Million’ are indeterminate.  So are cherry varieties and most heirlooms.

Early producing varieties like, ‘Celebrity’ and ‘Early Girl’, are indeterminate. However, as they tend to mature earlier and die back before the end of the season, they sometimes are labeled semi-determinate.

Although we tend to stake all types of tomato plants, the indeterminate varieties will need the largest, sturdiest stakes. Indeterminate tomato plants require substantial staking or caging to support what can become a large (6-10 ft. or taller) and heavy plant. 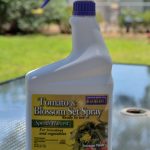 Blossom Set reminds your plant to set fruits and more of them.  Spray the foliage of each tomato plant at least twice per month. 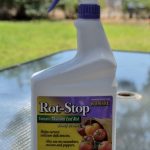 Rot Stop is a liquid calcium that prevents ‘blossom rot’ while increasing the size and sweetness of each tomato.  Use Blossom Set and Rot Stop at least twice per month through the growing season.

We have each of these sprays available in RTU bottles; they are at the garden center priced for less than the cost on Amazon, but links to purchase online are above.

Which Variety is Better?

Both determinate and indeterminate tomato varieties have their pros and cons. It really depends on how you are going to be using the tomatoes.  If you want a thick tomato for making sauces, you are better off with paste tomatoes which tend to be determinate.

If your intention is to eat your tomatoes fresh, and want a season-long supply, go for indeterminate varieties.

If you live at an altitude where your growing season is only a couple of months long, determinate tomatoes are a better choice. However, there are short season indeterminate varieties, like ‘Early Girl’ that will ripen before the season ends.

Personally, each season I like to grow a variety of tomatoes and have fun trying new types.  Experiment and see which grow best in your gardens.