Prescott, Arizona – Think of everything that is unique about men, their passions, activities, sports, man toys and motivational speakers that talk to what makes a man tick, that is what Prescott’s men’s expo is all about. 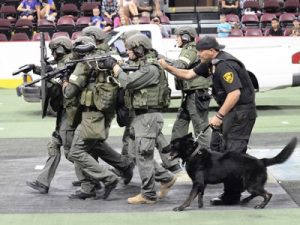 “Five years ago we started this event in mid-September and we would have thousands of men attend this nondenominational men’s expo. There are just so many summer events at that time we spoke with the city of Prescott and found there were no major events on August 20th, and thus the reason for the new date.” says Dan Olsen, this years chairman of the expo. “That, and we don’t compete with SAT testing offered by the high school over that weekend. That’s important since the Expo will be held at Prescott High School again.” 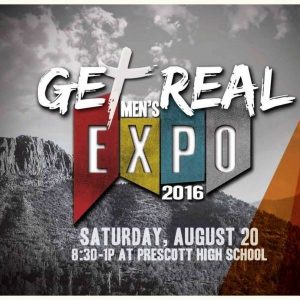 Because of the overwhelming support by so many churches and even more Christian business owners we are able to fly in a special motivational speaker, T.C. S
talling, speaker, model, author and actor in his most recent film “Courageous” and “War Room”. T.C. shares his testimony and how this faith sets his bar higher with integrity, honesty and why a mans influence in his family is more important than even.

This years expo is dedicated to the men serving in area law enforcement. “A
dedicated showing of T.C. Stalling’s movie ‘War Room’ is featured the night before the event showing in Prescott High Schools Ruth Street Theater. All law enforcement and their families are invited to this free event. “We are flying T.C. in from Los Angeles that evening and if all goes right he will make a personal appearance on stage that night.” say Ken Lain, co-chair of this years expo. Film shows on the big screen at 6:30pm on Friday, August 19th. Burgers and Popcorn are definitely provided.