How to Prune Climbing Roses 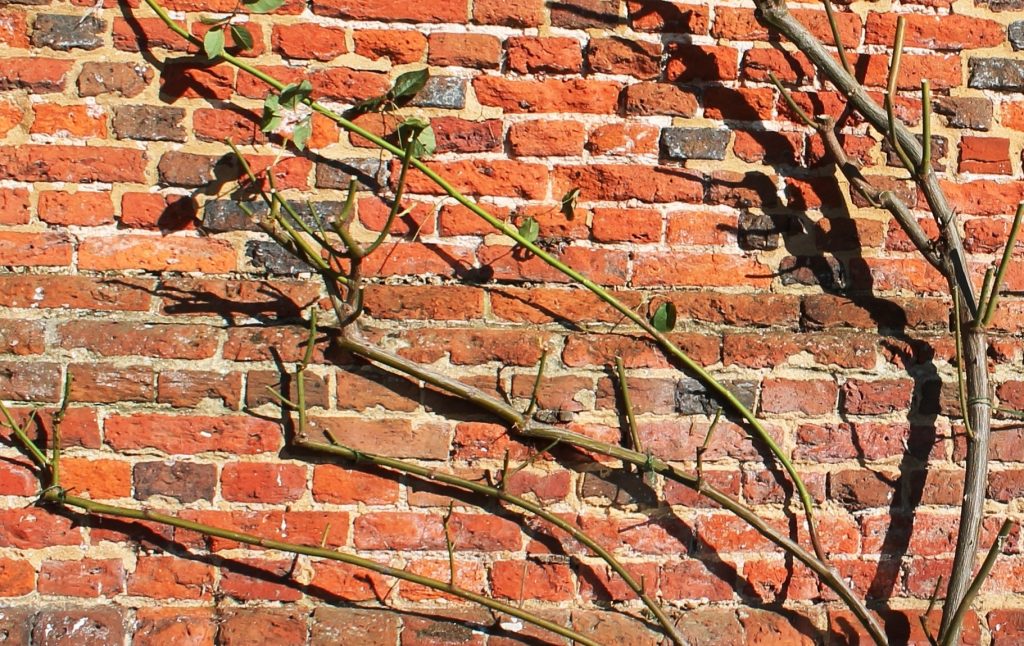 We are almost finished pruning at the Lain casa.  Perennials have been cut back to the ground, fruit trees nipped and shaped, and the summer shrubs have been cut back for proper control.  Mountain roses are the last plants to be pruned and are best cut in the month of March.  In past articles, I have written in detail about pruning non-climbing rose bushes.(Here’s the link for pruning a rose bush in 5 easy steps.)

Pruning climbing roses is a much more detailed pruning project and best explored in a column dedicated exclusively to climbers.  Let’s see if I can take the mystery out of pruning a large climbing rose. 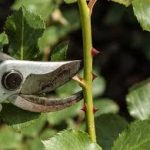 comes to pruning climbing roses. Whether climbers are grown on a wall, fence, trellis, post, or pillar, I recommend pruning them each year not only to keep them from overwhelming their supports but to spare the frustration of dealing with an overgrown snarl of canes. Properly pruned, your roses will reward you with robust growth and an abundance of flowers.

Diseased branches are the first to go. Most climbing roses bloom at least twice each growing season: first on older branches and then on the current season’s growth. Pruning while dormant in March encourages plenty of late-season flowers. Begin pruning by removing as much foliage as possible from each plant. This helps prevent disease by removing dormant fungal spores and allows you a clear view of the climber’s branching structure. Next, remove all diseased, injured, or spindly branches, cutting them away flush with the cane from which they emerged. If any of the older woody canes have failed to bloom well during the previous season, prune them off as well.  Any canes that have grown past their support are also cut back. Remove any crossing or awkwardly placed branches.

Step back before moving on. After pruning undesirable branches, step back to view what remains, and choose the branches that will form the plant’s main structure for the upcoming season. Look for strong, healthy canes with 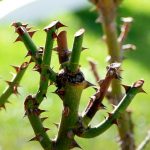 Prune and train the lowest of the chosen canes first.  Unfasten each branch one by one and trim it to fit the support, cutting far enough to account for new growth. Shorten each of the lateral shoots down to two to five buds, always cutting about 1/4 inch above and parallel to a bud. Then reattach the main branch to the support, keeping it as close to horizontal as possible. Since climbing roses have no tendrils, rootlets, or twining stems to help them cling to their supports, they need help to stay in place. I prefer plastic ties that stretch as the canes grow and expand. If any branch still projects beyond the support once it’s attached, trim away the excess.

Don’t forget to take a few steps back and survey your handiwork after pruning and training each main branch. If not, you may get so involved in cutting and placing the branch you’re working on that you lose sight of the plant’s overall shape. Remember that the end goal is a climbing rose that decorates its support without overwhelming it. The objective in pruning climbers is to clothe their supports in a framework of healthy, vigorous growth, which will produce many healthy blooms in the upcoming season.

Old and undesirable branches.  Prune away old canes; they become less productive, producing fewer and smaller blooms. Crossing branches should be removed. If you have to make a choice, keep the younger, more vigorous branches.   Prune plants to match their supporting structures.

Wide, horizontal surfaces. Roses bloom most profusely when their canes run horizontally, so climbers trained onto walls, fences, or trellises perform best when a number of long branches fan across the face of their supports in broad arches.

Narrow trellises or walls. If space is limited, train roses in a zigzag pattern to keep as many of the canes horizontal as possible.

Posts and pillars. Roses growing on a post or pillar usually look best with just two or three canes wrapped in gentle spirals around the support.

Remove suckers at root level and below the graft.  If pruning a bud-grafted rose, check the base of the plant for any suckers growing from the rootstock below the bud union (a knobby, swollen mass at or near the soil surface).  If these suckers are allowed to persist, they eventually overwhelm the upper, grafted portion of the plant.

Trim what’s left with a framework in mind.  Lateral branches should be cut back to 2-5 buds. Cut about 1/4 inch above the bud. Leaving too much dead wood above the bud can lead to disease, but too little can damage the bud. Horizontal canes mean more flowers. The uppermost bud on a branch secretes hormones to repress the growth of those below. If a cane is horizontal, no bud has dominance, so all the buds grow and bloom.

There you have it.  When I’ve completed pruning, my climbers are about half their original size.  Take a look at the before and after pictures from this week’s pruning project.

Live Video of How to Prune a Climbing Rose

Gardening Classes sure to make you a better gardener.

March 3  –  Watters’ Raptor Birding Experience – Bring the kids because we will be flying eagles, owls, and falcons throughout the greenhouses.  Lots of photo opportunities, but bring your own chair as this class is really popular.

Open this link to see all of Watters classes this spring.

Until next issue, I’ll be helping locals with fruit trees here at Watters Garden Center.