Keep Plants Alive While You Are on Vacation

While you are away on vacation, being left untended for a week or two is hard on your garden. Xeric gardens fare well when neglected, but other plants do best when mulched, and are down to needing only 1 watering per week. Even so, because of unpredictably hot temperatures and irregular rain showers, other precautions are advisable.  You can always pray for rain, but here are some practicable ideas for watering your plants while on vacation. 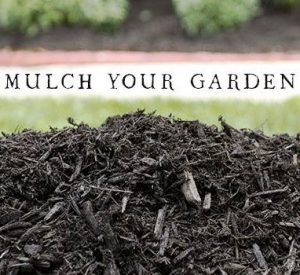 Water Well and Mulch If you are only going to be gone for a week or less, you may be able to get away with a good soaking and a layer of mulch. Mulched plants lose 25% less water than un-mulched plants. If weather is exceptionally hot and windy, some plants may wilt or become stressed; being mulched will significantly increase their odds of surviving.    If you already have a few inches of mulch on the garden bed, you probably don’t need to add more. You don’t want the mulch to be so thick that the plants’ crowns are buried.  Just be sure that the soil beneath the mulch is wet several inches below the soil’s surface.  Push your shovel through the mulch and soil, checking for wetness in several spots.If you want to add more mulch, you don’t need to re-mulch the entire bed. Mulching around plant roots will suffice. 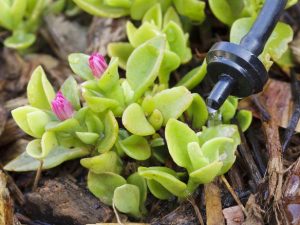 Drip irrigation may sound like an impossible task, but the process is quite simple;  you even can purchase inexpensive kits that pop together. Unfortunately, installing an irrigation system is better done at the start of the growing season. It is more difficult to lay the lines once plants are large and growing – but it’s not impossible. With drip irrigation, you can put a timer on your spigot and never have to think about when to water your garden. High-end timers even are able to sense how much rain plants have had and adjust accordingly. 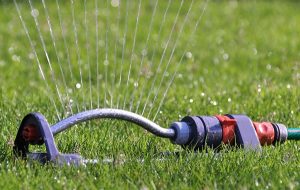 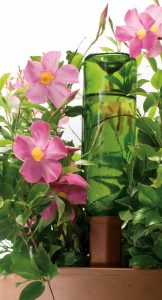 Some gardeners have good luck making their own self-watering jugs. Using empty plastic beverage jugs and bottles, poke the tiniest pinholes into the lower side of the containers. Place the jug in the soil next to the plant to be watered, a couple of inches below the soil’s surface. Water the garden well, and just before leaving plants on their own, fill the jug with water. It will drip additional water slowly to the roots.Obviously, you will need several jugs to water an entire garden.  But, you can put one jug between four plants that aren’t very thirsty, and use more jugs on the plants that need more moisture. This method also works well for container gardens. 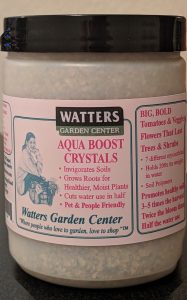 These are soil additives that increase the soil’s moisture retention. They are highly absorbent polymers that hold 200 times their weight in water.  When added to garden soil they help in preventing plants from going dry.  Use a screwdriver to poke holes into your garden soil, then sprinkle the crystals as deeply as possible to the root level.

Saucers Place container plants in water-filled saucers.  Plants will wick up water as they need it. 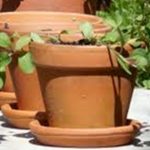 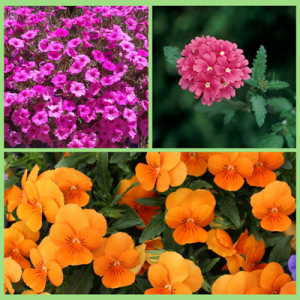 Make Your Garden Drought Tolerant  Drought-tolerant, or xeric plants, can pretty much take care of themselves once they are established. They easily withstand short periods of drought.

If you haven’t incorporated the concept of xeriscaping, aka water-wise gardening, it is an idea well worth the time to research. You’ll be surprised how many plants are considered self-sufficient in drought conditions.

Be Realistic
Be prepared to lose a few annuals and unestablished perennials. If it’s swelteringly hot, dry, and windy, and if you are going to be gone a week or longer, losses are inevitable.  It is not the end of the world. When you get back and regularly start watering and tending your garden, things will perk back up again.  On the plus side, lack of water and high heat will slow down the weeds!

Keeping Houseplants Watered
If you have indoor plants that will be fending for themselves while you are away, leave window blinds partially closed.  This will keep rooms cooler, and potted plants will lose less moisture.

You also should cluster together houseplant away from direct sunlight. The evaporation from their clustered leaves will keep the air humid.  Soak the soil in each pot thoroughly before leaving them on their own.

Until next week, I’ll be here at Watters Garden Center helping gardeners with plans to keep their plants alive while left alone.